‍How to build a profitable podcast.

In this post, we'll go through why the Blue Yeti is the best podcast microphone. 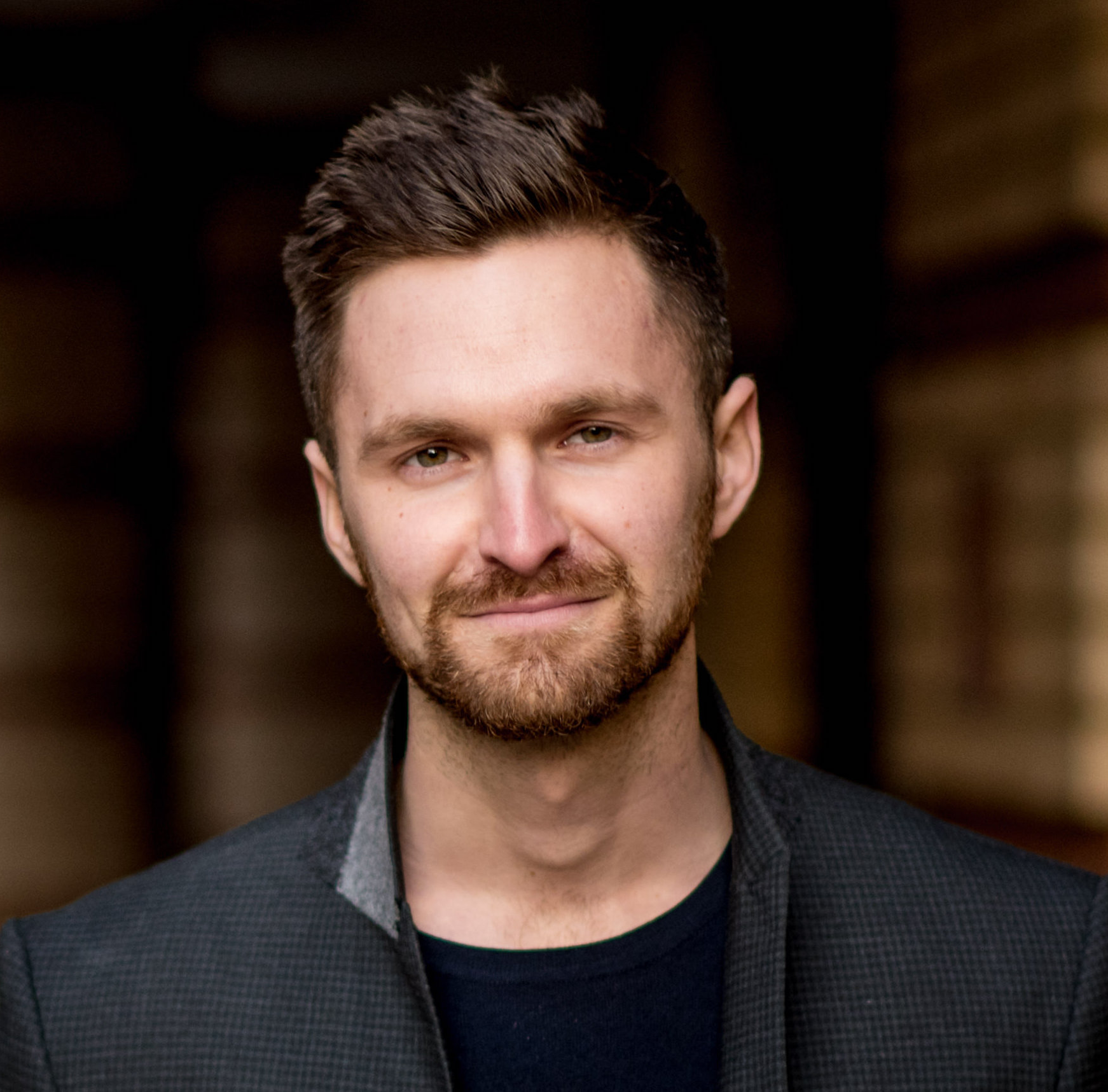 Having a good microphone is vital in podcasting. No matter how good your content is, if you are not audible, you might lose many potential listeners.

There are several microphone types and options in the market, and the one you choose depends on what you want from your microphone. There are XLR and USB microphones, and while they both offer the essential functions of a microphone, the mode of operation is different.

As a newbie in podcasting, we will always advise that you begin with the USB microphones, as they are less complicated in the way you connect them and easy to set up.

The Blue Yeti USB microphone is arguably the most famous in the past few years and one of the best podcast microphones in the market. The Blue Yeti microphone is well functional in recording situations, and it comes with many handy features for its worth.

In this microphone review, we look at the Blue Yeti and what it offers in terms of features and sound quality. Helping you make an informed decision of purchasing it or not.

We also discuss some recommended accessories that make the Blue Yeti sound even better in this Blue Yeti microphone review.

The Blue Yeti has several good features, but the outstanding feature is its ability to switch polar patterns. The Blue Yeti utilizes a proprietary tri-capsule microphone array, enabling the switch between four polar patterns, allowing you to customize how you want the Yeti to pick up sound.

Most people commonly use Cardioid mode. It is great for podcasting, streaming, gaming, call, or webinar – as it focuses the pickup pattern to the front.

Omnidirectional mode picks up sound from all directions equally. It will sound more distant but is great for conference calls or other situations where sound quality isn't critical, but you need to record multiple people.

The omnidirectional mode will pick up sound from every direction equally. Although it sounds more distant, it works well for situations where you have to record multiple people at once, and the sound quality is not the most crucial factor. For example, this mode will work during a conference call.

The bidirectional mode works well for interviews, even though using multiple microphones remains the best option. If your show is mostly an interview-based one, we'd advise that you get two microphones.

The Stereo mode is an excellent option for people who want to separate the right and left channels. It is also suitable for recording instruments, although cardioid works better for this purpose.

More Features Include of the Yeti Microphone:

If you are getting a USB mic, make sure it is one with a headphone jack. With this, you can stream without delays and observe your recording.  Blue Yeti also has a nice touch to it with the headphone volume knob located on the front.

Gain control sets the sensitivity level of the microphone. The dial located on the back controls this. Although most USB microphones in the market don't have this and require software to adjust gain levels, this can be difficult to execute during recording. When you notice that a speaker is getting loud, you can quickly adjust the volume to gain control. You cannot adjust this with software later.

The Blue Yeti doesn't require drivers or software. All you need to do is to plug the mic cable into the USB port before selecting it in your audio settings and begin recording.

The manufacturers included software (the Blue Sherpa) that lets you adjust settings and get updates, but it is optional.

The Blue Yeti comes with a solid and nice stand. You can rotate the mic position with the stand.

The Blue Yeti is a weighty microphone. It is essential to know this because it means it works with specific stands. If you consider the weight of the shock mount, too, then you will see how heavy it is.

The mute button is also an uncommon feature in most USB microphones. The red LED on the mute button remains solid when not muted to flashing when muted. This way, you can know if it is muted or not at a glance.

Blue Sherpa is a free PC software that allows you to update their USB microphones, with control settings like pickup patterns and gain.

The Blue Yeti has different accessories that help it function better. From the microphone to the Boom arm, the Desk Stand, and the Shock mount.

We recommend that you use a boom arm or a microphone stand for the Blue Yeti. It makes it way easier to place the mic right in front of you, as the stand that comes with it doesn't always have the required height.

This will make it much easier to position the mic right in front of your mouth, as the included stand isn't tall enough for most situations.

If you prefer the boom arm, it will leave you with a lot of desk space and make it way easier and quicker to begin recording. This is highly beneficial because it eradicates excuses that might stop you from recording.

The Yeti is quite weighty, which will affect a boom arm's choice, as you need one that can handle the weight. Some cheaper models struggle to hold the mic significantly when wholly extended.‍

Blue introduced the Boom Compass Boom Arm in March 2018, and it was their first boom arm. It is high quality, and it includes hand-tightened springs, concealed cable management, and a 360-degree rotation.

It can handle up to 2.4lbs weight, which is enough for a Blue Yeti and a shock mount. The design lets it clamp to your desk. The price is set at $100, and it is an excellent product for that price.

The Heil PL-2T works significantly with the Blue Yeti. It is one of the most muscular boom arms for around the $100-$120 range. It has hidden cable management which makes it possible to hide the cable in the arm to make it look clean. It has enough strength to hold the Yeti along with a pop filter and shock when wholly mounted. It can also rotate 360-degree.

The glaring difference between the Rode PSA1 and the others is the absence of internal cable management. Asides from that, it is a superb boom arm that delivers both for the Yeti and other microphones.

These manufacturers seem to copy the designs of the above-listed boom arms. However, they reiterate that the DuaFire will hold the Blue Yeti along with a boom arm, and it costs half the price of the others in this category. They set a limit of 1.32lbs as the weight that the DuaFire could hold.

If your budget is not much, getting a desktop microphone stand to hold your Blue Yeti in place will be great as it costs less than the boom arms that we have listed. The desk stand will help you have a good position for your mic and hold the shock mount.

The On-Stage DS7200B is a simple table mic stand, and it can hold a shock mount while adding some extra height for the Blue Yeti. You can adjust the height from 9 inches to 13 inches.

The Proline MS112 is a popular tabletop mic stand among podcasters. It has enough strength to hold the Yeti without falling over.

Gator Frameworks are famous mic stands, and they deliver again with this one. You can adjust the height, and you also get cable clips.

The shock mount greatly improves the sound quality as it moderates the vibrations that travel into the microphone.

Although you could use the Blue Yeti without a shock mount, it will pick up the sound in a significant way if you accidentally hit the desk. And this is why it is better to use a shock mount with the Blue Yeti.

The Yeti has a unique shape, and because of this, most of the shock mounts will not function well and require something made explicitly for the Yeti.

The Blue Radius III was newly released in March 2018, and it is lighter and has a lower profile than the Radius II. This makes it easier to use a camera. The new Radius III also has a better look.

The Radius II is the official shock mount made by Blue. The colors on offer include black, white, and silver which are the most common colors. You can use it in any orientation, both with the Yeti Pro and the Yeti.

If your budget isn't enough to acquire the Radius, the Auphonix Aluminum Shock Mount will suffice for the Yeti. It has a smaller size and costs less, but it still does a great job.

Blue has an official pop filter called the Pop. The weight is good, and the body is made of metal. The best pop filters are usually made from metal. It might cost a premium due to the brand, but it functions great.

The WindTech PopGard 2000 works well, as it wraps with the microphone and can attach to elastic bands. The setup is quick, and it doesn't need adjustment like some other options. It fits well with the Yeti and other more giant microphones.

If you do not have enough to pay a premium, the Auphonix 6-inch pop filter will work well, and it has enough width. It has a double mesh screen that stops harsh air and pops while picking your voice clear and pleasant.

Another option is the Foam Windscreen, as it works well for the Blue Yeti. It comes in different colors and sits well with the microphone.

Blue Yeti offers a good level of flexibility in polar patterns and onboard gain control. If you have a noiseless recording space, then the Blue Yeti is an excellent choice.

However, if you are likely not to use the available pickup patterns, it is advisable to go for other USB microphone choices. Due to the sensitivity of the Blue Yeti, we recommend that you pair it with a nice boom arm or a shock mount, no matter the recording location.

The Yeti is priced at $129.99, but you can regularly get it for less or part of a bundle. The price also varies per color.

Thank you! Your submission has been received!
Oops! Something went wrong while submitting the form.

Using Podcasts In The Classroom To Spark Student Engagement